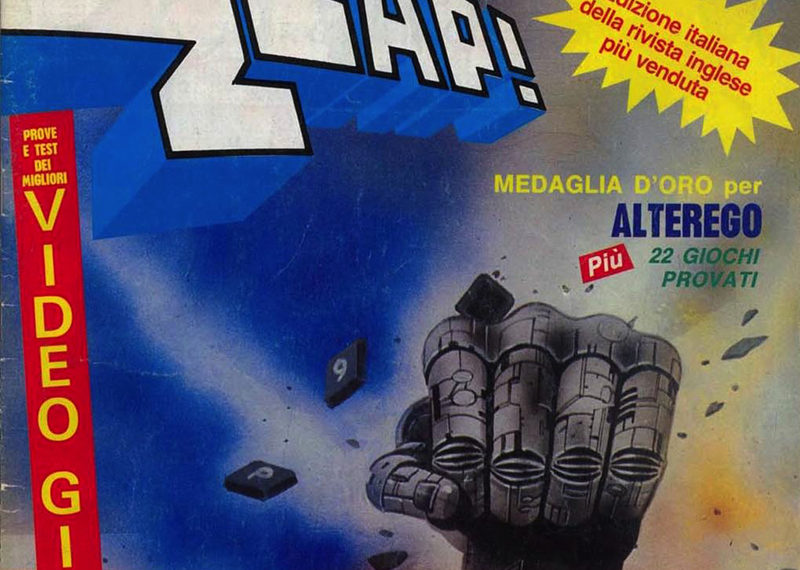 After the “nostalgic” introduction to the wonderful Commodore Machine, I think it’s good for the second part of the story to make a journey through the “applications” that made the C64 the real Home Computer of the 80’s: the video games.

At the end of the 70’s and in the early 80’s the arcade places, bars and theme parks were the muster station where youngs and olds met to challenge each other with the arcades. Games like Galaga, Pacman, Centipede were the center of our dreams, and we passed hours and hours like stupids, inserting coins (50, 100 and 200 liras…do you remember the liras?) into the arcade machines to play the video game.

Arcade places made us feeling like at home. You could stay for hours in peace, dreaming with colors and sounds (and what about the books???). Then The Commodore 64 came, and passing the time into an arcade place was changing. People was thinking about making the video games also at home, not only outside. The Home Entertainment era was coming so fast, and also the first real computer programmers.

In 1982, Commodore 64 came out with 46 video games. And it was hard to find a game, to “download” it. You needed to keep in touch with the shop assistant, or with the “drug dealer” game. It was just the beginning. The INTELLIVISION console (that was in love with) and the ATARI VCS had a few games choice, because of the cost of the cartridges. With Tramiel’s Datassette and 1541 Floppy disk drive you had a huge choice for games, and applications, a new market model for the masses. Into a cassette or a floppy you could memorize 4-5 or 10 games, or applications, passing hours and ours. This was great because each application needed a few space to be memorized.

As you can see, this is the matter of an entire floppy. Each row represents a program (application or game). You just needed to write the command “Load” or move to a row, and press RETURN. For the cassette it was badly different. The damn cassette. You had to remember the position of the tape, to load the right program or game. But the floppy disk came to overload the cassettes.

As I told before, just 46 games at the launch of Commodore 64. A great variety for the early 80’s.

I can remember “Tooth Invaders”, “Sea Wolf”, “logger” (a sort of Frogger), and the unforgettable “Fort Apocalypse”. I played this one for hours and hours, with dad and the tiny helicopter.

Everything was inside the floppy disk. You get bored, reset the C64 and choose another game. Amazing. This was my life at the beginning with the C64. It was difficult to find a real Software House, just brilliant programmers with lovely ideas for the little 8-bit. Some toy house like Hasbro or Mattel tried to enter this new market, but without success. But in 1983 things changed, and the new game market has grown until today, becoming a real and huge business over the world.

In 1983 Software Houses were coming out, and even if the first video games were “home-made”, arcade conversions was the very big market for the video games. We can think 1984 as a “transition” year for the game market, even if we had about 500 games produced. The level of the production was growing up, and also Software Houses. Do you remember Sierra’s BC QUEST? Or Bruce Lee? And the so wonderful Circus Charlie from Parker Brothers (the creators of Monopoly).

It was the year of Decathlon, OCEAN, Activision (did you ever known about that?), and the movie game Ghostbusters, with an incredible voice coming out from the TV, from the Commodore 64. David Crane and Adam Bellin gave the C64 a voice.

So after 1984, in 1985 and 86 the market of the video games was enormous. You could find every type of game, shoot’em up, sports games, action games, car games. Everyone who had an idea could find a Software House ready to pay for it.

In 1985 the famous Microprose created F15 Strike Eagles, written by Sid Meier, one of the most popular computer programmers, with David Crane and Jeff Minter. I can mention “Frank Bruno’s Boxing” from elite (one of the best game producers in the 80’s), “Great American Cross Country Road” from Activision, that had the worst in-game control system, and Karateka (a great conversion from the arcade game). One of my favorites, “The Way of the exploding fist”, that was stolen by System 3 and transformed into the best-selling “International Karate”. Don’t forget Epyx’s Winter Games

In 1986 the video game market has become a great businness for the masses, and so another market was growing up: the video game magazines. In 1986 I changed my place for the first time, and in Great Britain a wonderful magazine was born: Zzap. It was the first 8-bit game magazine, for whom had a C64 in their hands. Zzap born in Italy in the same period. At the begninning it was simply a translation from the english magazine, but then it became a real magazine, with italian journalists, video game experts that had a dream job: reviewing video games. It was the phenomenon of the 80’s. Zzap came so late for me, in 1987. I lost a lot of reviews of wonderful games. But then Christmas time became the best moment of the year for me, with the old-fashioned little wonderful game boxes.

In 1986 the video game market was incredibly huge. The quality of games made a fast step forward, and I remember I needed more floppy disk because of the space occupied by a single game: an entire floppy disk! To mention some games: Asterix and the magic cauldron, Dragon’s Lair (the ridiculous conversion of the wonderful Laser Game), Ghost’s N Goblins (amazing), and finally the wonderful IK from System 3, with Rob Hubbard’s music, and programmed by Archer McLean (a guy that bought a Ferrari with the success of the game). Then we had Leaderboard from ACCESS Software and the ball of Marble Madness. Paperboy and Speed King were good conversions. It was also the year of Samantha Fox Strip Poker, Revs, and The Sentinel, the incredible Geoff Crammond and Bob Stevenson strategy game (Crammond is also the creator of F1 GP for PC and Amiga 500).

1987 is one of the best years for 8-bit video games. High level graphics and incredible sound. Software Houses were selling incredible titles.

It’s impossible to mention every game of 1987, but I can remember the best of that period. Zzap made a game competition, and Last Ninja from system 3 won. Good second place for Defender of the crown.

System 3 was the best Software House in 1987, and Cinemaware was the chaser. Their game were great for graphics and sound.

Even if for me the “The Last ninja” series was the best for C64, Cinemaware’s Rocket Ranger was the best selling game in 1988. Maybe for years in the story of 8 and 16 bit. It smashed Amiga users with 99% in the game magazines of the late 80’s. And don’t forget Samurai Warriors, Wizball, The Great Giana sisters (the Super Mario clone for the Commodore machines), Combat School, Skate or Die, Test Drive; too many games.

1989 was also a golden year for the video game market. Powerful conversions from 16-bit machines (Silkworm, Sly spy, Fighter bomber), wonderful sequels like Turbo Outrun, Ghostbusters 2, Ghouls’N Ghosts, but also tie-in conversions (Batman the movie). That Christmas was amazing for me. I used to save money to buy one or two games, for Christmas holidays. And if you were lucky, 3 or 4 original games per year, not so bad for the 80’s.

But System 3 was very prolific during 1990, with the remix of the Ninja, with Vendetta (the modern 3-d isometric edition of the Ninja with an amazing intro) and with the funny Flimbo’s quest. Other Software Houses, like Ocean, were always present in the market.

In 1991, apart from some funny games like Lemmings, Hudson Hawk, Indy Heat, Last Ninja 3 and Turrican 2 took the C64 to his final peak. The graphics was awesome, and what sound! Tremendous. The 8-bit came to his maximum level.

I think 1991 was the best and the final year for the C64 life. In the following years no one could beat the fortune and the level of the Ninja and Turrican, maybe Turrican 3 or Creatures. The 8-bit reached up his maximum level, and in a few years he would have found his death. In the middle 90’s Commodore went bankrupt, because of bad market strategies and no new ideas. The Amiga 500 was not enough to fight with the PC market, the new era for video games.

It’s impossible thinking that Commodore 64 hadn’t transformed the game market, bringing it from analogic to digital world. Jack Tramiel gave birth to a baby that made us all growing with him. And I think it’s impossible to forget. He lives in the Commodore’s owners, in the emulators downloadable from the Internet, in videos on Youtube, where we can find longplays and music tunes. His imprint is immortal and unerasable.