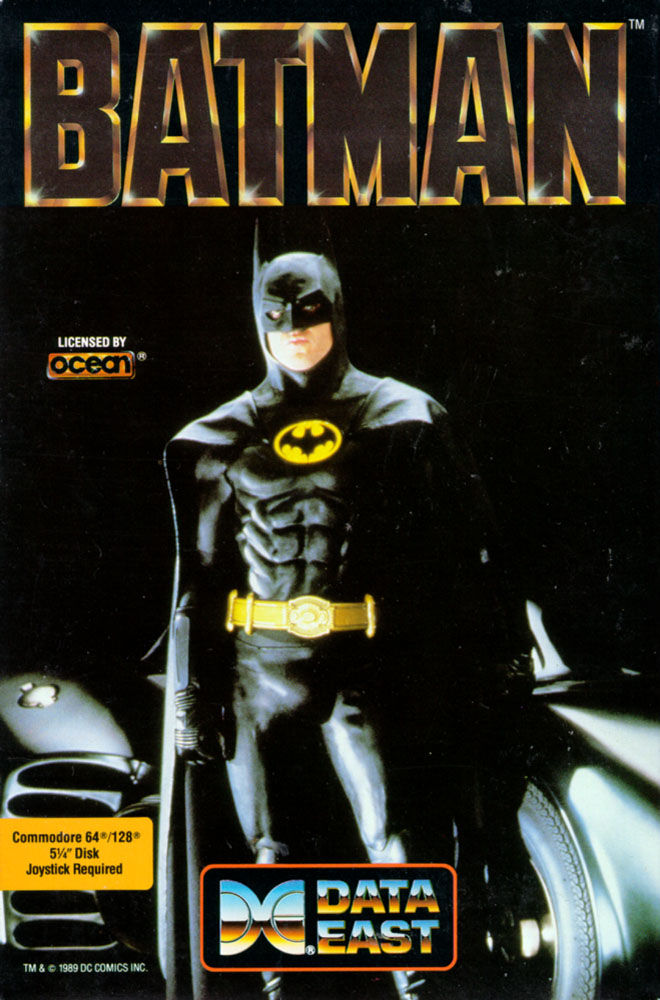 In 1989 Tim Burton’s Batman came out at cinemas. The main actor was Michael Keaton. I was a teenager and I forced mom to go to the cinema. It was a dark DC’s Batman, with no muscles, crepuscular, a very attentive character tied to his butler Alfred, and of course a heratbreaker as Bruce Wayne.

In the same year, on Christmas time, the videogame came out. It was published by Ocean software House, specialized in tie-in conversions. In that period I used to buy Zzap, and I felt so excited about this game. The game was excellent, and so the review. The first thing I loved was the box-set (with the floppy drive and the instructions), and finally the game. Here’s the review.

The story of the game is based on the movie (and of course on the book). Batman is going to Chemical Axis to catch Carl Grissom’s second-in-command Jack Napier (performed by Jack Nicholson). Jack fell into a trap because his boss ordered his death. It was impossible for him to escape, but he tried! No chances to avoid our hero, and after a little fight Jack Napier falls into an acid’s cauldron. Batman tries to save him, with no luck. This is the story of the first level of the game.

The first level is a multidirectional platform game. And it was very very good. The idea of the “Batarang” was extraordinary, as a weapon and a stuff for the circus attractions. The in-game music was good, but no effects. I remember I hated the first and the last levels of the game. It was frustrating to find the way to Napier, and also to fight to some enemies. It was easy to die. But after some attempts, Jack Napier falls into the acid.

In the second level, as the movie tells, Batman saves Vicky Vale and brings her into his secret place (to see some bats?!?). The batmobile is good-animated and playing this level is so exciting. Nice music and so fast! I really adored this game level.

The third level is the most difficult one. You have to find the combination of the chimical elements put in the market by the Joker. This is the most boring and short level. Easy to die in this level. One thing I missed: in each level the energy of Batman is represented by his face, and when you loose energy the face transforms into the Joker. In this level no energy; if you fail, you loose a life (damn it!).

The story tells that Batman is going closer to the Joker, to the final battle. In this level Batman must destroy the balloons, full of the bad gas produced by the Joker. The level is similar to the Batmobile one, with horizontal scrolling. But you drive the Batwing. The animation is fine but the game is so boring and slow. Very stunning graphics.

Then the last level, in which the Batwing hardly falls down due to a shot by the Joker.

The last level is similiar to the first one, by graphics and sound. But is more easy. The bad thing is the final part, where Batman kills the Joker. The graphics is ugly and the Joker seems like a monkey with green hair. So so bad.

The Amiga version was better then the 8-bit version. The Batmobile and Batwing level were different because of the hardware limitation of the C64. It was a first person game, instead of horizontal scrolling game, so different (but so fine).

Finally a very nice game, not so long to play, but excellent with graphics and sound.