The myth of Bubble bobble 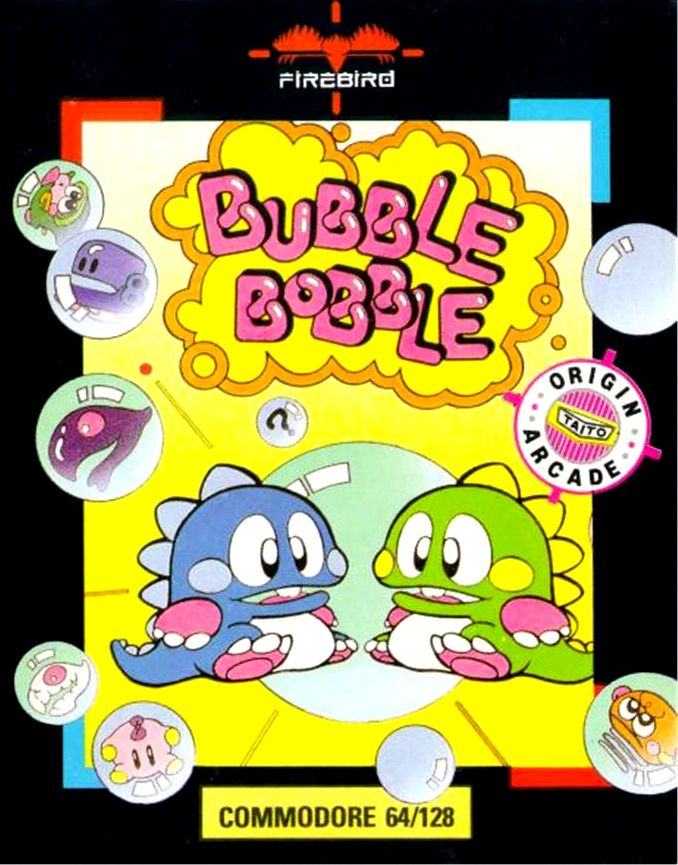 In 1986 an arcade platform game came out. You could find it in the arcade places. It was simple, immediate and so hard, but very very funny: Bubble Bobble.

It’s the story of two brothers, Bubby and Bobby, and their girlfriends, Patty and Betty (what kind of fantasy…). They used to live in peace until the evil Lord Blubba decided to kidnap Patty and Betty, and also to transform the two brothers into little brontosaurs: Bub and Bob.

What about the story? Just over, but the action came soon!! 100 action levels in which our heroes should defeat Lord Blubba’s monsters to free Betty and Patty. How to? Simple, with their special bubbles, with which they could capture and destroy the enemies. This was the “game action”, capture the enemies “bubbling them” and touch the bubbles to destroy.

Graphics: Amazing. Sounds: unbelievable. Playability: total. And there was 2 player mode. The disk loading was so fast, and also the cassette wasn’t bad. What can I say. The first time I played the game was at my friend’s place, and it lasted a day! The problem was….it was so so hard, very similar to the original. It was complicated to overcome the 30th level, also in 2 player mode: very hard.

Each platform game give the players special powers, known as “power-up”. This special powers allow the players to destroy the enemies easily. You could collect letters to create the word “EXTEND”, to jump to another game level without fighting, or collect a red shoe to move faster. The blue candy gave the power to fire the bubbles faster, the yellow candy enabled the player to fire bubbles with a great speed, and finally the purple candy enabled a very long launch. A yellow lamp collected gave the player the power to have the 3 candies together.

During the game and going to upper levels, enemies and power-ups were growing up, so you had better special weapons to fight the enemies. So during the game you had bombs, necklaces, books, umbrellas (to jump to another levels) and the portals. You could find the portals on level 20, 30 and 40, to go to secret levels and acquire a lot of diamonds. At level 50, with no deaths for the 2 players, you could jump up to level 70 (never seen!!).

Once arrived at level 100, Lord Blubba will be the final monster. You just need to destroy him to go back to human life and free Patty and Betty. THE END