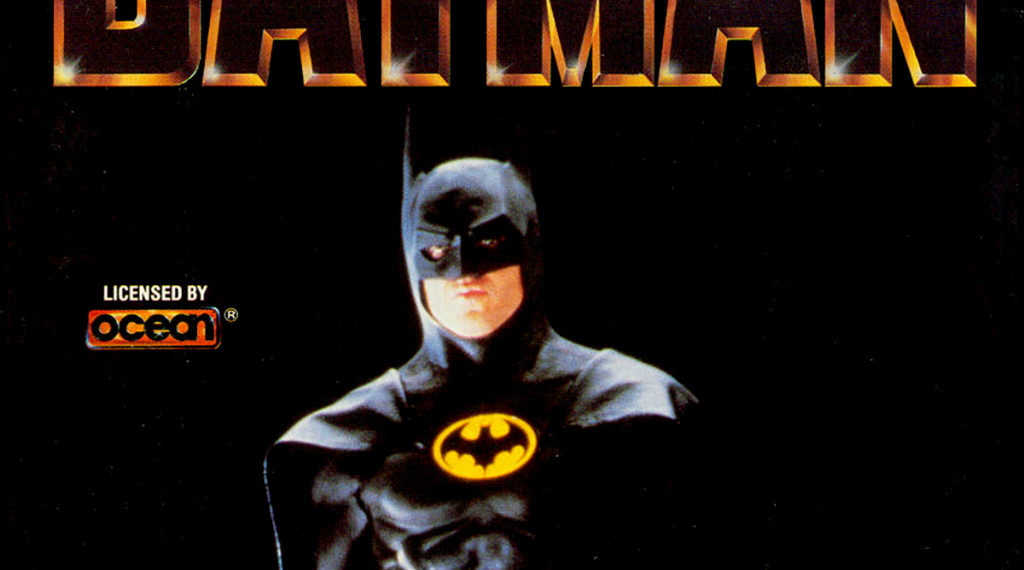 In 1989 I went with mom (I was a teenager) to the cinema to see Michael Keaton’s Batman but above all by Tim Burton, a dark, twilight Batman, with all the defects of the DC Comics character that come from the past. He is not supermuscular, he is attentive to details, very close to his Alfred, and heartbreaker like Bruce Wayne.

In the same year, the video game Ocean (the famous “conversions”) was released at Christmas (or rather a little earlier), and I who bought Zzap couldn’t wait for it to come out. It was a super review, and indeed the game was beautiful. Starting from the box (the box containing floppies and instructions) to the game, which I will now review.

The story (of the film, but also of the book) wants our Batman to go to Axis Chemistry to capture the right arm of Carl Grissom (the good Jack Nicholson), who however set a trap for him; in fact Jack Napier finds himself police dogs cats hand grenades and trick & track (ahahha) that trap him and can not help but succumb. Unable to escape, he tries to save himself from the police but he has not dealt with our hero, who after a brief fist fight pushes him by mistake into a nice bowl of acid. And this is the plot of the first level.

Multidirectional sliding platform, the first level is done really well. The idea of the “rope” or batarang is brilliant, both as a weapon and as an object of desire for a circus performer. The music is nice but the game is poor in effects. I must say that the first, like the last level, I hated them in its time. Finding the way to Napier is a challenge and is often frustrating as some movements or characters (e.g. bombers) make you lose your lives like nothing. But after several grueling attempts, our Jack ends up where he has to go.

The second level is the one in which, in the film, Batman rescues Vicky Vale and takes her to his cave (to show him the collection of bats?!?). The little Batmobile is made really great and the level itself is a pleasure: fantastic and fluid music. It is what is the most fun for me.

The third level of the game consists in finding the combination of the chemical agents infiltrated by the Joker in the common products. It is the most boring and the shortest level. You lose a life very easily. Ah I did not tell you that in each level Batman’s energy is represented by his face, which slowly turns into Joker when it loses energy. In this third level every mistake makes you lose a life (damn!).

We are approaching the final battle with the Joker, and our hero must eliminate all the balloons containing the poisonous gas that the bitter enemy wants to spread on Gotham City. The level is similar to that of the batmobile, with horizontal scrolling. In this case, however, it is soo slower and rather boring. The batwing animation is not bad but it is not at the same level as the batmobile. In any case, the graphics is always very beautiful.

Then the last level, in which the Batwing hardly falls down due to a shot by the Joker.

Technically identical on the first level, it is perhaps a little simpler from the “labyrinthine” point of view. The accompanying music is more decent than in the first level, but the worst thing is the final scene. The joker looks like a monkey with a green wig and the fall from the palace is of a unique ugliness. As a finale, they could have done a lot better.

Compared to the Amiga version, the levels of the batmobile and batwing change, which on the 16-bit were in first person (and beautiful); but perhaps the hw of the small C64 could not do it.

Finally a very nice game, not so long to play, but excellent with graphics and sound.