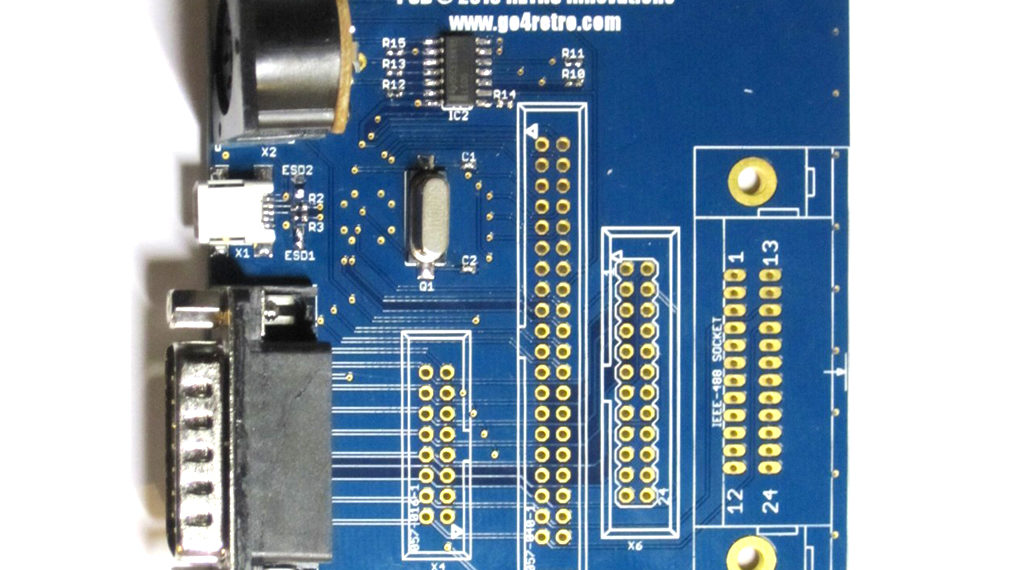 Let’s face reality: The dumping of magnetic media (in particular the Commodore 64) is the quintessence of retrocomputing! An obligatory stop for anyone who considers himself a true enthusiast and who can give that same feeling that the first adventurers must have felt, at the beginning of the last century, entering the dark and inviolate rooms of the mysterious pyramids of Egypt. Imagine in fact being able to recover an illegible disc, found in some damp and dusty cellar and to work with care and dedication until you can make it readable and finally transfer it to file to then upload the directory and find small forgotten treasures that before your work was hopelessly compromised if not destined to disappear forever. Let’s not misunderstand, however, dumping is a Pandora’s box from which hundreds of pitfalls can emerge and it is a road bristling with obstacles and dotted with unexpected events that can seriously endanger the stability of your nerves but the emotions and rewards that is able to offer you, however, will repay your every effort. Let’s dive then without further delay on the matter: in order not to put too much meat on the fire we will deal later on the pages of RetroMagazine, the technical aspect of dumping to leave this time more space to the purely practical aspect of the transfer from disk and so we can immediately catapult into the fantastic world of dumping.
There are currently several very effective methods for transferring the Commodore 64 floppy disks.

Below is a short list of the most popular:

SuperCardPro: SuperCardPro is a “Flux” reading hardware device and like other similar readers it manages the reading of raw stream data (RAW). It is capable of making sector-level copies and can convert RAW data into formats that can be used on emulators.

KryoFlux: The KryoFlux is a hardware device that reads the floppy disk not as a set of data but as an actual magnetic flux of the disks themselves. What is obtained, in the vast majority of cases, is a disk image that includes any copy protection, unusual writing schemes and other tricks used to shuffle the cards.

ZoomFloppy / XUM1541: The ZoomFloppy is a very practical and economic solution for the transfer of diskettes and in addition to the serial mode it also supports, via parallel connection, a Burst Nibbler protocol to copy and transfer disk protections. It also allows you to connect Commodore printers to your PC.

In this article we will talk exclusively about the latter hardware, being the most popular among enthusiasts.
The ZoomFloppy allows data transfer and the creation of .d64, .d71, .d81, .g64, .nib disk images from the 1541, 1541-II and compatible, 1571 or 1581 disk drive to the PC and vice versa, through the connection with the IEC serial connection cable (ZoomFloppy side) and microUSB (PC side). Using the parallel cable (ZoomFloppy side), it is also possible to successfully transfer protected disks in Nibble mode.
With the 1571 the Nibble mode is also possible with only the serial IEC connection cable.

Connected with the serial cable, the ZoomFloppy will read the contents of a CBM floppy disk sector by sector creating a .d64 file through the d64copy program of the software package OpenCBM.
Through the parallel connection instead, as we mentioned earlier, it will be possible to use the Nibble mode which will also allow you to copy protected floppy disks. In this mode the ZoomFloppy will read the raw data of each track without any interpretation by creating .nib / .nbz files (which can then be converted into .g64 for use with emulators) through the Nibread program of the software package Nibtools.
For those who do not like the command line and prefer to use a graphical interface, CBMXferis available which offers a very intuitive GUI.

It should be said that it is preferable to use a 1571 because, while with the 1541 the nibble mode can only be enabled through the connection with the parallel cable, with the 1571 the serial cable is sufficient. In addition, the 1571 usually has fewer alignment problems than the 1541. In fact, the latter finds the zero track by looking back for the 35 or 40 tracks from its current position: this often leads the head mechanism to hit the stop hard and in the long run all this has a decidedly negative impact on the alignment of the unit. The 1571, on the other hand, does not show such behavior allowing to have much lower misalignment problems.
We conclude the discussion by pointing out a “do it yourself” solution to create a “low cost” version of the original ZoomFloppy project. In fact, it is possible to build an XUM1541 using an Arduino ProMicro board which can be purchased at a cost of around € 6 in the European market. By flashing the ProMicro with an appropriate firmware and connecting it to the unit following the right pinout we will have a reliable and inexpensive device for our disk dumping activity.

As usual we close our article inviting you as usual to always dump your floppy disks to preserve them from the inevitable decay, in order to be able to restore them in the future and then share with the international community according to the spirit shared by authentic retrocomputing enthusiasts and also in order to have an enlarged backup in case you lose your dumps. There are still many applications, games, cracks, intros, images and music files waiting to be dumped (especially with regard to a lot of Italian production) that bring with them history, ingenuity, culture and even the memories of those who lived them: maybe you who are now reading us can help us recover them to preserve them not only for yourself but also for all those who will want to appreciate them in the future.
Anyone interested in helping us in this heroic mission or wanting help to dump or simply want to support us in any way can contact us by writing an emailor through our web page or if you prefer the use of social networks to join our facebook group.