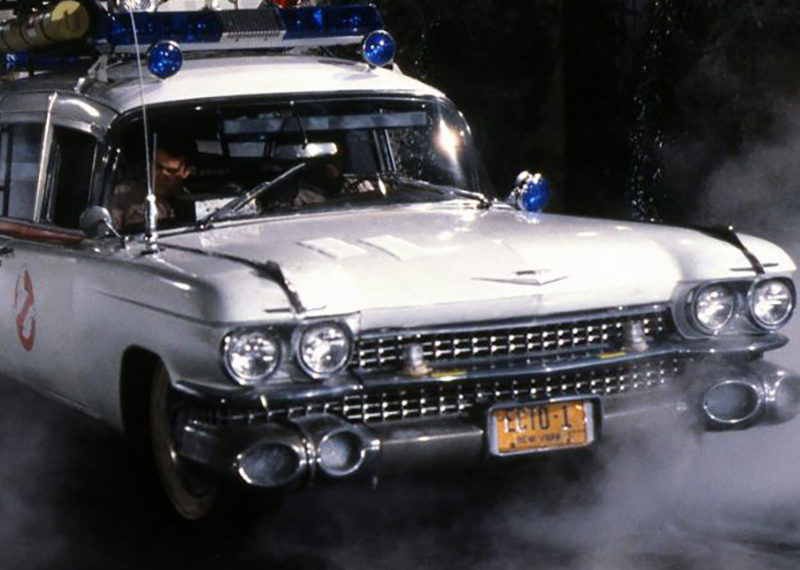 Are you disturbed by strange noises in the middle of the night?
Do you feel a sense of terror in the cellar or in the attic?
Have you or your family members ever seen spirits, spirits or ghosts?
If the answer is yes, do not hesitate, pick up the phone and call the professionals:
The Ghost-busters

This is just one of hundreds of unforgettable jokes in Ivan Reitman‘s cult movie! Ghostbusters (1984) is an unmissable film that can be considered as an endless barrage of hilarious jokes and memorable gags. Not to mention the fabulous special effects and legendary scenes! The cast is something exceptional: starting from the protagonists Peter Venkman (Bill Murray), Raimond Stantz (Dan Aykroyd) ed Egon Spengler (Harold Ramis), then passing through the co-stars Dana Barrett (Sigourney Weaver) e Louis Tully (Rick Moranis) and finally to secondary characters such as the secretary Janine Melnitz (Annie Potts) and the apprentice Winston Zeddemore (Ernie Hudson ).

Throughout the film there is not a single moment that is not worth remembering! Everything is almost essential to make the comic storytelling perfect and deliver this 80’s Hollywood film to the myth!

We wanted to remember this milestone because it has been announced a new chapter of the saga for the end of July 2020: Ghostbusters Legacy and the trailer promises sparks making the wait spasmodic since the mythical ecto-1, appears guaranteeing renewed fun!

To make the wait more bearable, we decided to dedicate this release by publishing some themed games of spirits, spirits and ghosts together with the original 45 rpm of the first and unrepeatable Ghostbusters! In addition to this our talented Hiroshi has published the review of the namesake video game of the Activision! So what else to tell you if not …. “Is there anything softer and sweeter than those white lichen dumplings?”