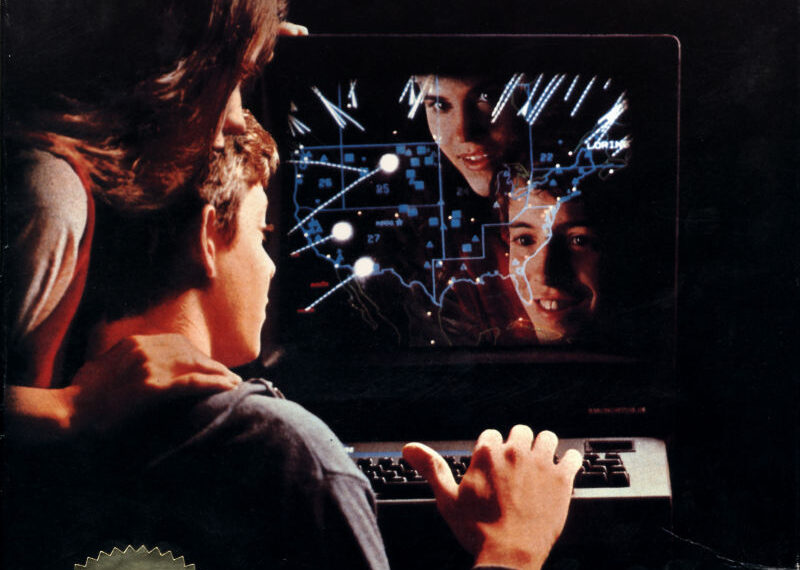 Hello Professor Falken, strange game, the only winning move is not to play ..

In 1989, he attacked the Digital Equipment Corporation (DEC) network and copied its software, in 1990 hacked Pacific Bell’s answering machine systems. Kevin was arrested and went to jail for computer fraud.

In the early 1980s the first BBS “Bulletin Board System” were born, a telematic system that allowed remote access to a central computer to share or withdraw resources.

The system developed in the 1970s and formed the fulcrum of the first amateur telematic communications, giving life to basic telematics. Among the innovations allowed by the BBS systems, the main ones were messaging and centralized file sharing. This old ancestor of Facebook helped to form the first Italian software databases and beyond.

La prima BBS italiana nacque da un’idea di Giorgio Rutigliano. The servers were made with common home-made PCs, but they laid the foundations of what we see on the net today, we do not realize, but many programs have been preserved thanks to the idea of ​​this gentleman, thanks to people like him, who with commitment and dedication they have safeguarded our software heritage.

Giorgio Rutigliano was also the first Italian to connect his BBS to the international Internet network, representing the vanguard of Italian connectivity, creating places of exchange and encounters that were impossible until then. Well … on the other hand we Italians are a creative people, from the world of BBS were born in Italy and abroad those intelligences and those forces that then gave great impetus to the spread of the network and to the new openings of thematic culture. But let’s get back to us…

To connect to a BBS it was necessary to know the telephone number of the BBS and configure the connection program on your computer, you were not connected via the Internet and the connections were made in point-to-point mode in simple terms if one was in Milan and the BBS was in Rome it was necessary to make a very expensive long distance phone call, in fact they preferred to connect at night where the costs were much lower. You know the movie Terminator 3 where the beautiful Kristanna Loken the TX after stealing the Lexus speaks on the phone and performs the hands-sharing thus connecting to the database of the school district of Los Angeles, we in a more modest way with a small telephone modem whose speed did not exceed 1200 baund (less than one KB per second) we did. RTTY, an acronym for RadioTeleType (radioteletype), has been one of the most widely used communication methods in the last forty years. The advent of personal computers and home computers, such as the Commodore PET, the Apple II, the Atari 400 and 800, the Zx Spectrum, the Msx and the Amiga, the Commodore Vic 20 and the legendary C64, made RTTY, with a modest investment you could connect with the world. We all felt projected into the future.

The modem was connected to the telephone socket, so with a series of extension cables the computer was reached.

A few minutes of waiting and off … you were connected! Once “inside” you could explore the internal resources of the remote computer, start and download files, or consult a database such as the National Library or simply chat and write.

The BBS were a bit like the work canteen, you never know who you are next to, at times they were housewives and casarecce, at other times they were elaborate and sophisticated, at times of social and civil commitment, at others of irritating and silly controversies, but little to us it mattered, on the other hand we were a generation born between Star Trek and 2001 A Space Odyssey, we could handle it all.

Many years ago someone came up with the idea of leaving a PC on in order to meet and share their passions and experiences with others, today after more than 35 years the BBS are mostly dead and on the Internet we can choose from hundreds of social media. BBS will always have a special place in the hearts of all 8-bit enthusiasts and have opened a whole new world to so many people.

Like in the movie “Independence Day” where humans use morse code to save themselves from aliens … even the old BBS, in short, you never know … they can always come in handy … never say never …

Below we release some programs that we have saved and preserved for all of you, you can find programs for terminals, weather data, fax, radio reception and transmission, programs for radio amateurs, simulation games and war dialers.

This article is dedicated to my nephew Edoardo, today on the day of your first communion, I sincerely wish you to become like Albert Einstein, Galileo Galilei, or Guglielmo Marconi. They too were dyslexics like you, but dyslexia doesn’t impact people’s intelligence, it makes them genes.