My1983, Video Giochi and Decathlon

What a fantastic year.

1983 was a year in which I am particularly fond of myself. 12 years. Rome. Age in which we change and grow. For a little over a year I have changed neighborhoods, from Prenestina we moved to Cinecittà Est. It is all new for me. New school, new friends, above all, my inseparable classmate Michele. I also have my new newsagent in the neighborhood. The legendary Sergio who welcomed you in his newsstand with the typically 80’s stereo listening to discomusic “appalla”, a real character. 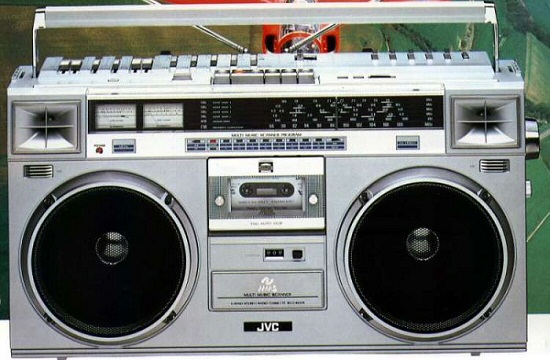 The neighborhood had just arisen and there weren’t many things to do, I often passed by Sergio, and it was he who told me about this new magazine of the Jackson Editorial Group that spoke of video games. 2500 lire of my pocket money, well spent. It was January 1983 and the N ° 1 of this magazine was published which made an epoch in the Italian videogame panorama.

The magazine was conceived on the initiative of the journalist Riccardo Albini * and written by Studio Vit. The type of publication was inspired by US magazines such as the legendary Electronic Games (born in late 1981). The enthusiasts, just like me, were mostly very young and flooded the drafting of letters from all over Italy.

Video Giochi was generally structured with sections dedicated to various news, to reviews of console games (Atari and Intellivision above all), to news related to home computers and to coin-ops that were widespread in that happy and happy period.

Inside Video Giochi space was given to the publication of the score records, with the possibility of winning free subscriptions. The initiative also led to the founding of AIVA, the Italian Video Athletes Association. 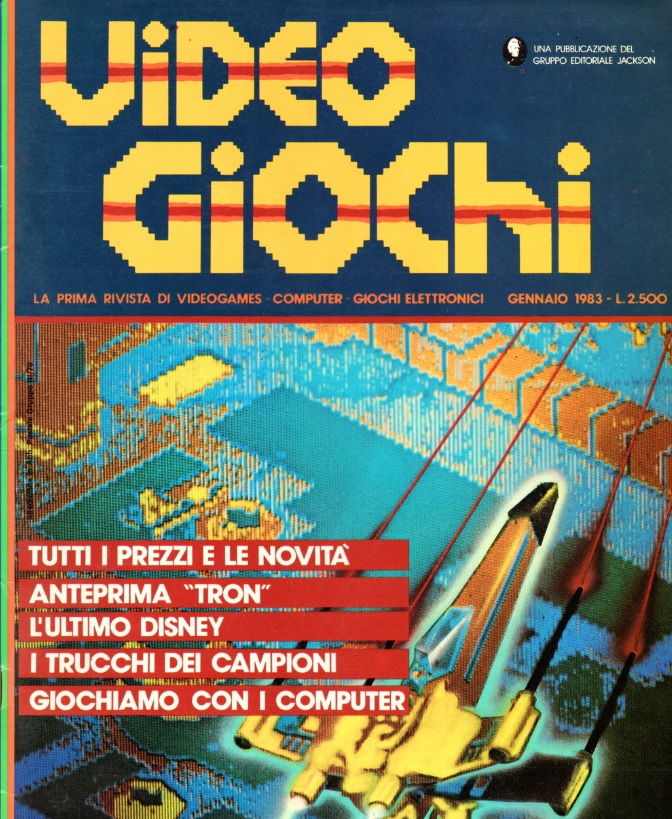 The console was renamed “2600” to differentiate it from the newly formed Atari 5200 (never distributed in Italy). The container also underwent changes: the briar insert characteristic of the Heavy Sixer and Light Sixer model was removed and was made of black plastic. It was precisely because of the black color that this version was called by the English name of the character of Darth Vader from the Star Wars movie. 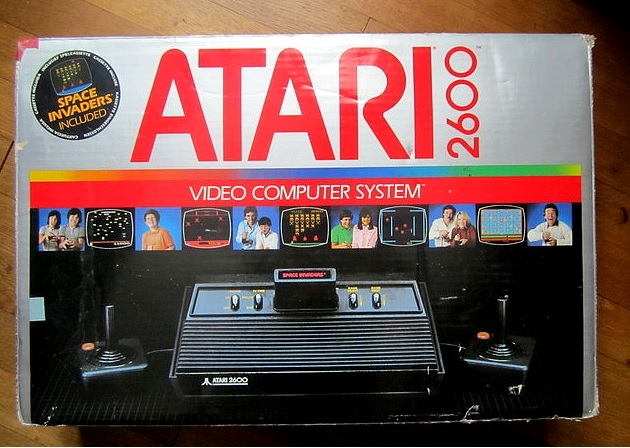 Thanks to the spasmodic reading of the magazine “Video Giochi” and to the afternoons spent in the company of friends playing Space Invaders (later other “classic” games like Air-Sea Battle, Missile Command and Yars’ Revenge were added), I was more and more fascinated from this magical world, I was now up to my neck and I didn’t want to leave it anymore.

Good times the 80s, the arcades in the bars, full of lights, colors and sounds. Ronald Reagan is the president of the USA. Reagan hedonism pervades our society. The NATO Able Archer 83 exercise almost sparked a nuclear war with the USSR. Perestroika was still far from coming. 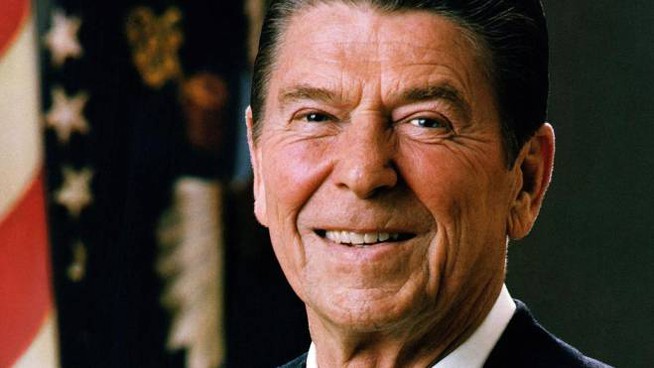 Let’s quickly scroll through this beautiful year, where A.S. Roma is the Italian football champion, the Righeira become popular with “Vamos a la Playa” and Vasco Rossi triumphs at Festivalbar with “Bollicinw”. 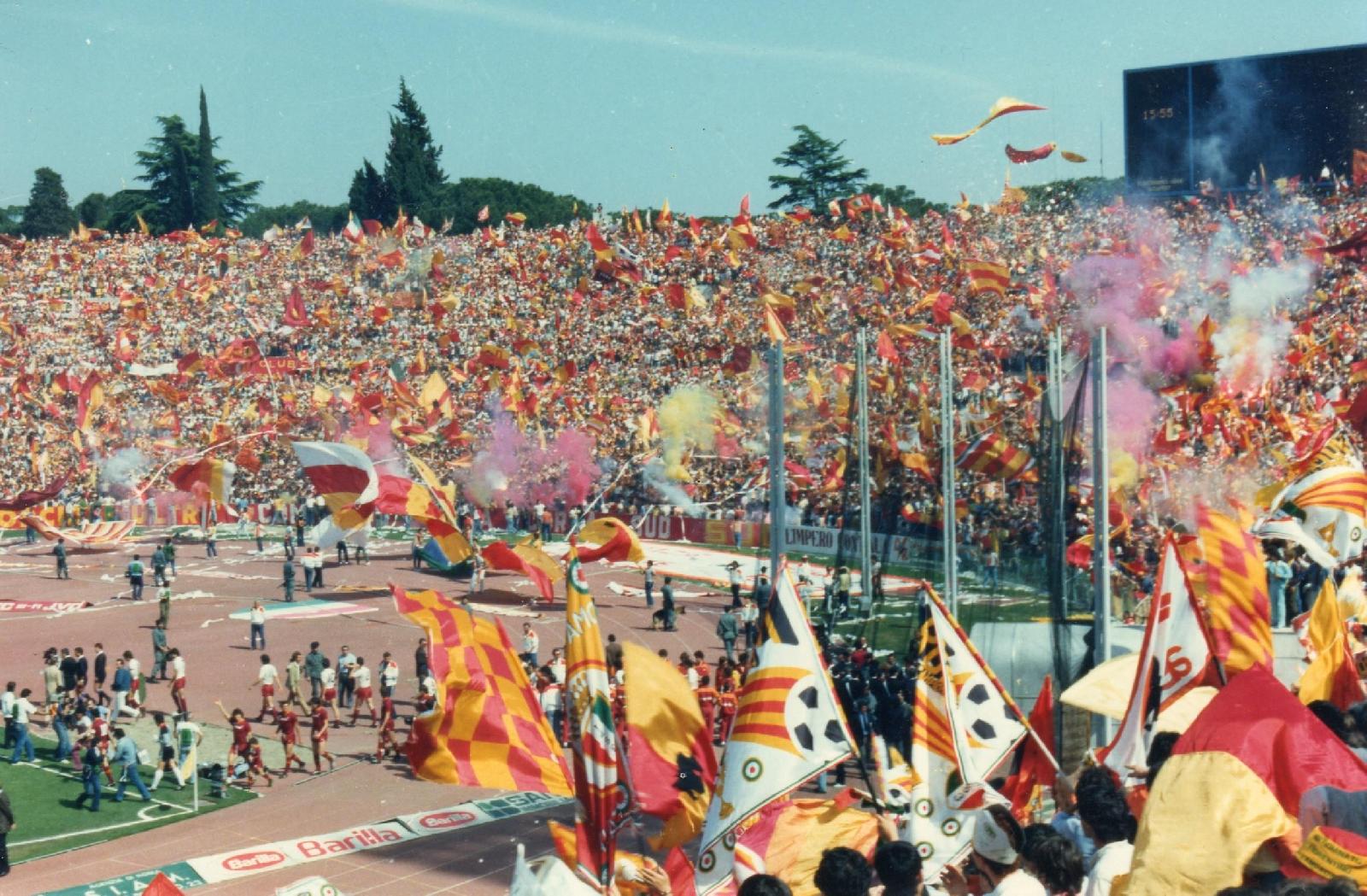 Italy was not aware of what was happening in the United States (and beyond), 1983 was in fact a terrible year for the gaming industry. But what could a boy excited about playing with his Atari Darth Vader know about it?

The crack was caused by several concomitant factors: the birth and development of home computers for example, had more memory, graphics and sound than a console like the Atari 2600 or the Intellivision for example. Furthermore, with home computers they could also be used for word processing and accounting programs. Add the fact that games for home computers were provided on cassettes and / or floppies and were simple to copy unlike the classic cartridge of a console containing the game’s ROM.

The contemporary hyper-production of video games (of not excellent quality let’s face it), for example by Atari and Mattel, created a saturation that led in a few months to the collapse of this market. But all this was not reflected in Italy, at least as far as I can remember, we would have noticed it more or less a couple of years later. 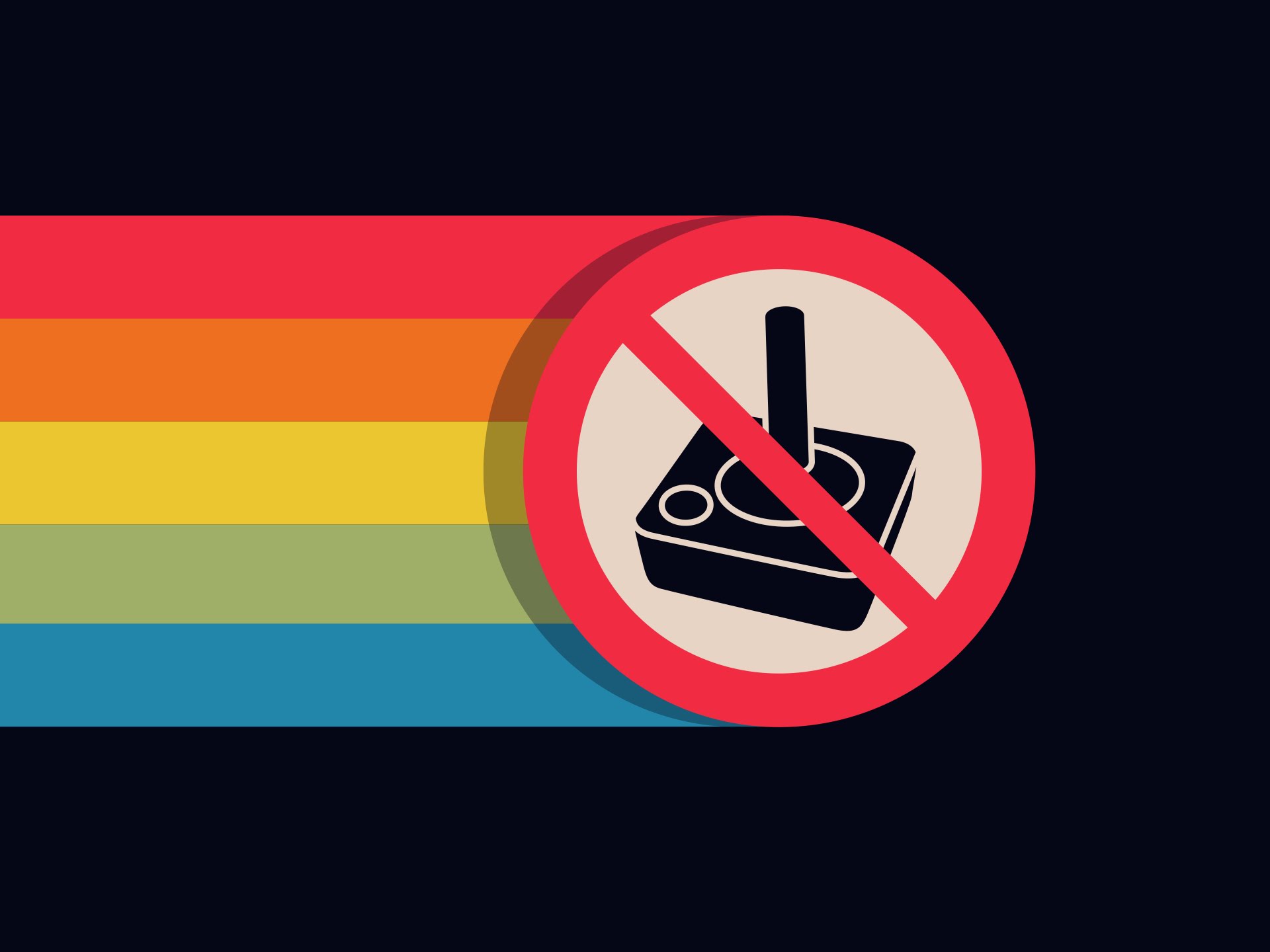 Let’s go back to Italy, go back to Rome and arrive in 1984, the year of the Los Angeles Olympics. In the number 12 of Video Giochi (February) I am struck by Riccardo Albini’s interview with David Crane, the brilliant founder and developer of Activision. Crane until then with Activision had developed seven games for the Atari 2600: Fishing Derby, Dragster, Laser Blast, Freeway, Gran Prix, Pitfall and Decathlon which would be released soon in Italy. In the interview he rattled off all the anecdote related to Pitfall, keeping an open door on the possible sequel to the legendary video game. It was precisely the technical description of the new Decathlon sports game that tickled my imagination! 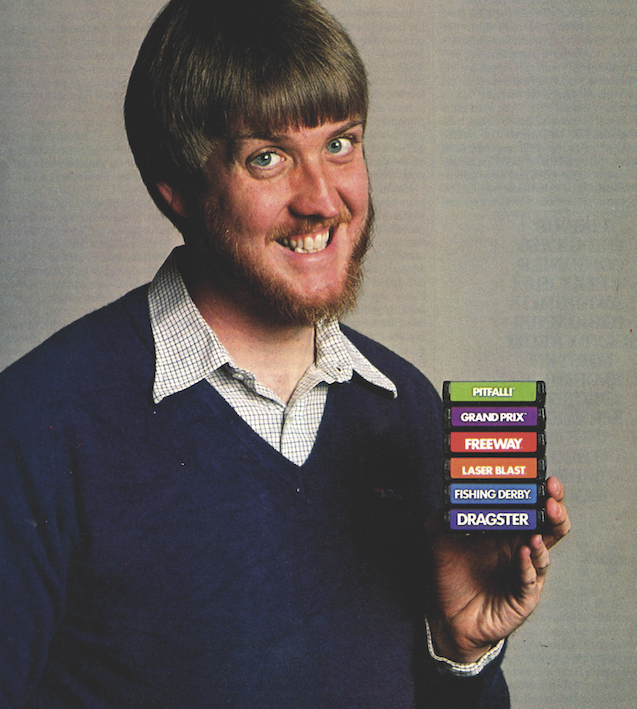 It was decided, Decathlon would be my next video game for the Atari 2600! I was looking forward to buying the March issue of Video Giochi to know the Decathlon sale price. The day came … sale price 97 thousand lire! For a 13-year-old boy, they were enormous. I obviously tried to ask my parents … it was a hole in the water.

How can you get that figure in a short time? Idea!?!? My uncle, at the time had a very started carpentry shop and I asked him if he needed someone for small jobs. The response was positive. For two afternoons a week, I went to my uncle’s carpentry shop for 2 months. I was busy in small carpenter jobs and cleaning the exhibition area. At the end of April 1984, he managed to raise the 97 thousand lire and I was able to buy a copy of Decathlon! 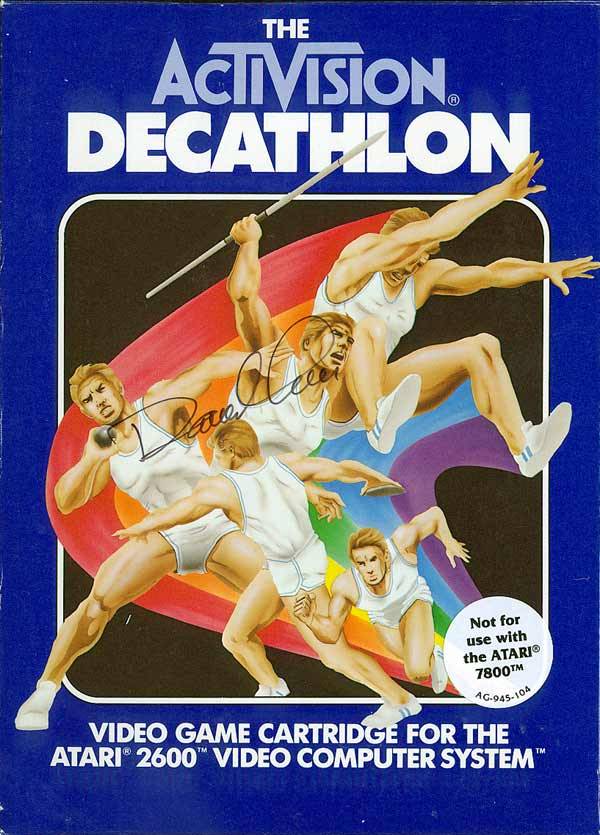 A game that took me a lot, I played for hours alone or with friends … I think it is one of my memories of a young teenager to which I am most attached!

Decathlon is one of the best games developed for the Atari 2600. And all players, young and old, professionals and beginners alike, will find this game fun, simple to learn and adrenaline-pumping.
It is possible to play up to four players in turn and can compete in the ten sporting events proposed. 100 meters, long jump, shot throw, high jump, 400 meters, 110 meters hurdles, discus throw, pole vault, javelin throw and 1500.

The highest score among the participants is published at the end of each event. Players run “video-athletes” by quickly moving the joystick from side to side; the faster you push it, the faster your athlete will be. I don’t tell you the number of broken joysticks, especially with the version for the Commodore 64. But this is another story that maybe one day I will tell you.

* is considered the inventor of the fantasy football, which he created in 1988 on the basis of an American fantasy sport based on baseball. In 2005 he proposed Sudoku in Italy by publishing its first schemes in the newspaper Il Secolo XIX