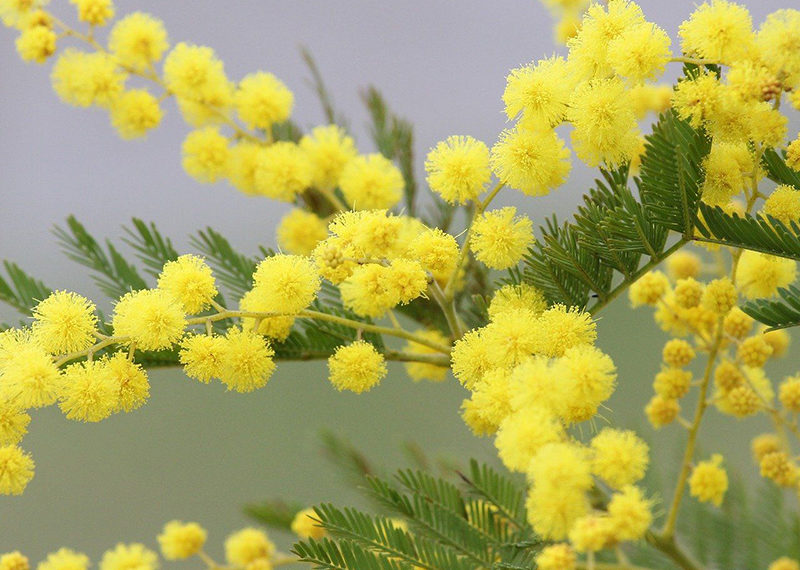 … to my wife Luisella and to my daughters Carlotta and Lucrezia.

A woman doesn’t even touch a flower… and certainly not as they wanted to represent in this comic band Sandra Mondaini and Edoardo Vianello on domestic violence. From “Tonight nothing new” .. it was 1981 … a scene that went down in history that highlighted the problems of women in society, thanks to the technical perfection, the skill and friendliness of the two great protagonists are you manage to engage the public opinion. On March 8, “International Women’s Rights Day” is and should be a significant day when everyone is invited to reflect on issues related to the female universe. We at DumpClub64 feel involved not only in the dumping field but also in the social sector, so we are happy to remember facts and events that have happened and to celebrate the most important dates with you. So what better gift could we make to our friends than to get a woman to write the initial prologue? My friend and colleague Paola accepts my invitation, and so I show her my plan for the Special 8 March …

“Tomorrow is March 8th! Do you want to see how I celebrate it? I remember vintage games with women as protagonists” She: “Let’s see!” Follows: silence. “But … Roberto !! Are these? They are naked! “. I hadn’t noticed, in reality they are a little naked. Succinct, let’s say. Very succinct !! The situation does not improve when I show him one or two extracts from the trailers. Abdomen, breasts, and much more Ehm. I clear my throat looking for something to say. How did it occur to me to celebrate March 8 with a game of amazons for men ?? To save the situation, a phone call … Fiuuu. Paola returns to her post Ok, avoid the feminist philippic about the insensitive and paternalistic male who wants to pay homage to women and instead makes a mess. While I mull over alternative video games to post for the anniversary, which don’t make me pass for a brute, she returns. Here it is, I think. Now he’s going to slap me I am preparing to cash out. Instead hear what he tells me … “Roberto! I studied, I documented myself! But you know that I discovered that between the 80s and 90s there was a real revolution in the female figure … Previously relegated to the role of princess to be saved (Super Mario Bros) or at least insignificant as a side dish for male heroes, and instead in those years strong, muscular, Amazonian, difficult heroines began to be born … like Lara Croft who made history! “(As if I don’t know, but paola says one lies: the colleague is young, is from 1983 and was only 13 years old, however, I dare not interrupt. He continues: “And then in those years many girls started to approach the world of video games which was actually considered a male exclusive … the girls start playing and programming and they are also very good … oh my God, the I have never liked video games, however, I always believe it is a success when a male sector welcomes women, players, heroines or whatever they want to be “.

Finally I smile and relax Even if half naked maybe your amazons are doing well with March 8 ” Incredulous, I smile. I don’t want to overdo it, so I don’t say: “but I knew it very well, it was all calculated!” But I think about it.

Yes, they were video games for men with undressed women. But they were also naive years, those in which the representation of the woman was not widespread and unimportant. Today we know it. And then the important thing, beyond waking up, is that everyone must know that women are free and aware, must be able to play video games and become Prime Minister, choose to be dancers or scientists. Dressing, undressing. It is women who can decide for their life, their appearance, their body. Too many males on women’s bodies thought they could say – or do – what they wanted. We have gone a little far. But if these videogames that you find below can also serve to make a serious reflection, welcome. And therefore, happy March 8th to all.

In the 80s there were not so many games that had female roles as protagonists, but in those few titles came out masterpieces that are worth remembering.

Legend of the Amazon Women is a horizontal scrolling video game. The game for Commodore 64 was published by U.S. Gold, Mastertronic in 1986, but the press of the time gave mediocre judgments to the version for Commodore 64, especially as regards playability and sound. Plot: Amazon Rainforest … Lady Wilde, a powerful and muscular woman who survived a plane crash in the middle of the Amazon, miraculously safe, together with her daughter, however, the daughter is kidnapped by a tribe of female warriors (from the series it rains in the wet). Lady Wilde then armed herself with a stick and crossed the dense forest in search of her daughter But it is not a walk. Many enemy warriors meet along the way, who move and fight in the same way as the protagonist.

During combat, the energy bar is shown for both, which recharges slowly over time. As you progress the intelligence of the enemies can vary, as well as their weapons, which become swords and axes. Lady Wilde can take over the weapon of a slain opponent, although there seems to be no difference in power between the weapons. Occasionally arrows cross the screen horizontally, at two possible heights; they must be dodged, but they can also hit opponents. Further on you will also come across plants that shoot thorny balls and dragons sprouting from underground.

There are 10 areas to overcome, each with its own time limit; there is no interruption between the levels, only a stone idol that signals the passage. A minimap at the top of the screen shows the position of enemies, arrows and plants up to a certain distance on both sides of the protagonist.

Another nice game is definitely THE LAST AMAZON TRILOGY! This fantastic version features 3 full games of Alf Yngve. Produced by Psytronik, The Last Amazon 1 & 2 have been specially enhanced by Richard ‘Sub and Hunter’ Bayliss and feature special weapon and game enhancements. As an added bonus this version includes THE LAST AMAZON – SPECIAL EDITION – a special side-scrolling remix of the original game. All three games also feature brand new environments, along with a selection of excellent Matt Gray-style soundtracks (remember Last Ninja and The way Of the Exploding First)

Plot: In the early 90’s a young woman from Unicef travels to the most remote part of the rainforest of South America. His job was to carry out a vaccination program among some very isolated Indian tribes, but unfortunately he gets lost and remains isolated for 5 years. He carried with him a rifle, a bulletproof vest, a bag of vaccines and syringes and a small shortwave radio. To survive, she is forced to fight against rebel tribes. The game on the false line of Rambo – First Blood is characterized by great shootings, but has an excellent musical base that reminds a little of the ancient tribal dances of the Amazon.

The grandmother of “Lara Croft”, after her ordeal in the Amazon jungle, leaves her adopted tribe and moves to a small desert town in Arizona, where she finds new friends and forms a family there. It seemed that peace had finally arrived but it was not so, a South American drug lord, whose drug factory he had destroyed, wanted revenge. He sent an army of mercenaries to search for her in the city to kill her. Now she must defend the city and herself as the last Amazon … Will it be the last time ??

As an added bonus, both the tape and floppy versions also contain The Last Amazon – Special Edition. A special side scrolling version of the first Last Amazon adventure, created exclusively by Alf Yngve in 2008!

And finally, another beautiful title arrives in the compilation: The Great GianaSisters, a video game released in 1987 developed by Time Warp Production and published by Raibow Arts. The sisters Giana and Maria, precisely “Giana Sisters”, female counterparts of Mario and Luigi of Super Mario Bros to which the title clearly refers. “Giana” is a distortion of the Italian name Gianna, which by the way appears correctly with two Ns in the sliding title screen. This title is based on the classic horizontal scrolling like in Super Mario Bros which is considered practically an imitation, not only in the gameplay and in the graphic aspect, but even in the structure of the levels itself, so much so that the first five levels of this title are practically the same as those of the chapter of the Nintendo saga. The Japanese giant for this reason threatened to file a lawsuit against Rainbow Arts, so the German Software House was forced to withdraw the game from the market shortly after its release. The Commodore 64 version got many positive reviews, in particular a “gold medal” from the Zzap magazine.

Well, I’d say stop here, but before I said goodbye, I wanted to remind you of some great women who planned and wrote games that then made history for Commodore 64

Recognized as the first female video game designer, Carol Shaw started working at Atari in 1978, occupying additional positions in Tandem and Activision until 1990. While working with Activision, she developed the popular Atari River Raid game. Shaw was a pioneer in an industry that was not particularly welcoming to women at the time. From an early age she had shown a talent for math and computers. In a rare interview she said, “When I was in middle and high school, I was very good at math.” I participated in numerous math competitions and won many awards. People said to me, “Geez, you’re good at math – for being a girl.” This was quite annoying. Why shouldn’t girls be good at math? “

Anne Westfall was a game programmer and started working at the age of 30. She met her future husband, Jon Freeman, at a West Coast Computer Faire fair in San Francisco for game developers. At that time Jon Freeman was a member of the board of directors of automated simulations (later Epyx), which he co-founded three years earlier. The couple founded Free Fall Associates six months later, Paul Reiche III joined the team as a third programmer. On the same day the company was founded, Jon Freeman signed the first contract with a publisher, Trip Hawkins of Software House Electronic Arts, who placed an order to develop two games. The company’s first project was an Atari game called Tax Dodge. There was no success, in part because there was still no publicity. Nel 1983, Westfall, Freeman e Reiche III svilupparono il gioco tattico Archon: The Light and the Dark per l’home computer a 8 bit di Atari. A year later, in addition to the soundtrack, the team planned the implementation of the C64. Archon II was a great success. Anne Westfall was the first game programmer to gain popularity in the scene. Most of the code for the two games came from her. Freeman and Reiche III were primarily responsible for the mechanics and design of the game. The two Archons were the only games for Commodore 64 in which Anne Westfall was actively involved.

I leave you the download below where you will find all the games mentioned. I hope it was for a good read and, if you like, leave a comment.

See you soon … and remember “The Lanciottismo is nothing without memory” 🙂