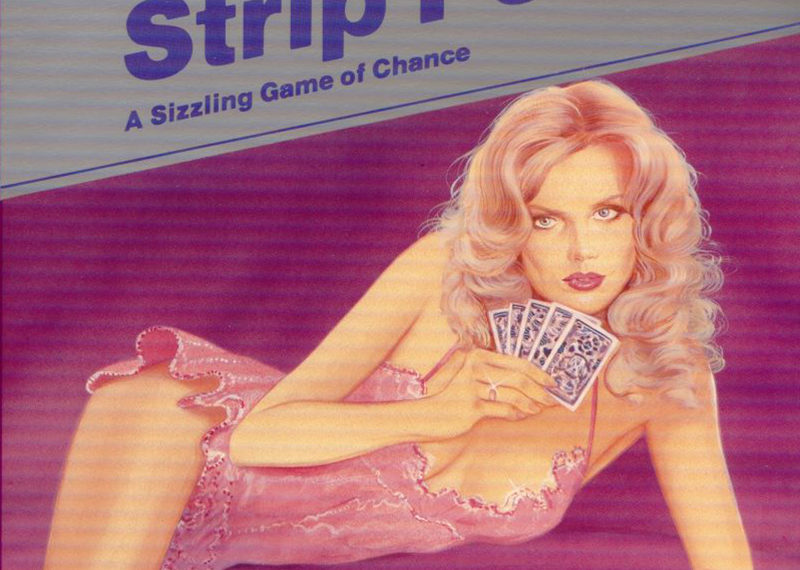 Strip poker is a board game and a variation of traditional poker where players take off their clothes when they lose a round. It can be played by single or mixed groups creating a light and fun atmosphere. It is believed that strip poker was born in New Orleans in the United States at the same time as the original poker in the 19th century, played in brothels, the term was then defined only since 1916. Strip poker most likely began as a joke among boys , already in the ’30s the current version was called in England “mixed strip poker” to differentiate it from the all-male variety.

The first Strip Poker for Commodore 64 was developed in 1982 by the software house Artworx. Sheldon Leemon and Glen Carbone wrote the code while the graphic part was by Doug McFarland. The game was very successful and I entered in our homes in a whisper. I remember that when we were boys we used to gathered in the garage trying to win the various rounds in order to discover the 8bit photos without the girls’ veils.