The myth of Bubble Bobble 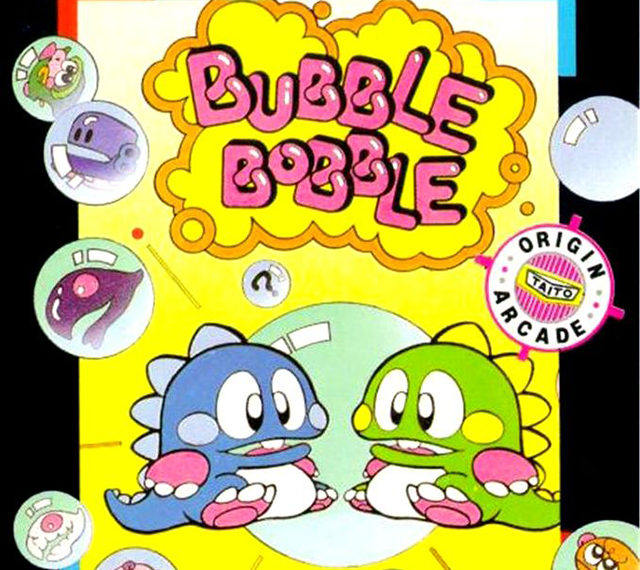 n 1986 an arcade platform in the arcade places raged, it was simple and immediate, very difficult but very funny, Bubble Bobble.

It is the story of two brothers, Bubby and Bobby, and their girlfriends, Patty and Betty (names of a lot of fantasy ….), who lived peacefully until the evil baron Von Blubba decided to kidnap their girlfriends and transform them in two brontosaurs, Bub, and Bob.

The story? It is already over, but the action begins !!! scattered in 100 levels where our heroes must defeat the villain monsters to free their loved ones. And how do they do it? with their very special bubbles, capable of capturing enemies until they detonate. And this is precisely the game action of the game, that is to trap monsters in bubbles and then touch them and make them burst.

The game itself was a resounding success, and after a year the conversion for Commodore 64 arrived, which of course the noble magazine immediately reviewed, shooting a huge 97%. But it was logical and normal, the conversion of the Firebird was spectacular, and we were practically in front of the Coin-op.

Graphics: amazing. 41/5000 Sound: spectacular Playability: total. And there was of course the two player mode. Almost immediate loading (from disc of course), but also the cassette was not so slow. And what to say, the first time I saw it from a friend we played it one morning, but the problem was the difficulty, crazy, equal to the original arcade one. Never more than the 30th level, it really got really complicated.

Like any self-respecting game, even in this platform our heroes had “power-ups”, special weapons to destroy enemies. Letters could be collected to form the word “EXTEND”, to move to a higher level, or a red shoe could be collected to increase speed. The blue candy gave more speed to the bubbles fired, the yellow candy increased its frequency while the violet one increased the “range”. Then there was a yellow lamp that gives you the power of all three candies.

With increasing levels and increasing difficulty, monsters and power-ups also diversified, adapting to the game levels. We will then find bombs, necklaces, books, umbrellas (to skip a total of levels forward), and finally the portals, at levels 20, 30 and 40, which allow access to secret rooms full of diamonds and obviously points. At level 50, if no one has lost their lives, a portal will take us forward 20 levels (but who has ever gotten there hahahahah).

Once you reach level 100, the final monster Von Blubba will fear in front of our heroes, who once defeated will return to humans and reunite with their beautiful ones. The end!!!!