The Power of Lord SID 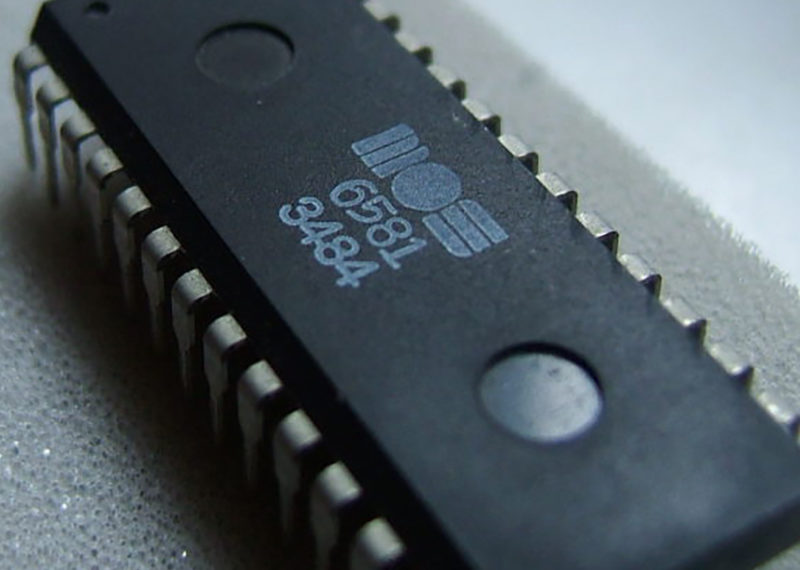 No, we are not in the presence of Darth Vader who says to Luke “I’m you fatheeeeeeer”, but in front of a C64 that exclaims “Ghooostbusters: ahahahahahahahahah”. Well yes, the little Commodore (and I must be honest) in the years following his “burial”, if you allow me the term, created a new world of aficionados, who instead of attaching themselves to the games, instead got excited with the sounds, the music, of this wonderful chip.

This small integrated revolutionized the sound world of the time which was made of beeps and absolutely incomprehensible sounds, decreeing the birth of real composers who created wonderful soundtracks for the games of the time.

Let’s do some history, and I hope you don’t want to, but Wikpedia came to my aid, since I had a basic knowledge of Sid, let’s say … basic.

The MOS SID (Sound Device Interface), of the homonymous MOS Tecnhnology was born from the idea of Robert Yannes, who in recent years has founded Ensoniq (a certain company of digital tuners). It was 1981, and together with 2 technicians and a CAD operator, he built the chip in about 5 months. The first computer to integrate the SID into its design was (fortunately for all of us) the Commodore 64, at CES in Las Vegas in January ’82.

The chip, without going into too much detail, was a good mix of digital components (on the control inputs) and analog (on the outputs), with 3 independent and programmable audio channels, 8 octaves and a band from 16 to 4000 hz. It was also equipped with 3 filters (high pass, low pass and band pass) and had 2 analog-digital converters (for game controllers). Finally he had the possibility of having an external audio input. It had several revisions (due to design defects and specifications not respected during production), of which the first and only 6581 that we all know, up to rev. 8580 R5.

Especially in Europe and Great Britain there were many composers who joined the SID, and some of them still compose fantastic music and remixes both for the SID and in a modern way.

I can quote Rob Hubbard, Ben Daglish (unfortunately deceased), Reyn Ouwehand, and these are some of the “sound” programmers of the C64, a real sect of the 80s, able to pull wonderful things out of that blessed chip.

As I said, only a few years ago I rediscovered these wonderful music, which never went away from my mind, and I always wondered how to listen, listen, mix and so on.

308/5000 SidPlay, this software that I use on Mac (and on Windows-based machines there will obviously be a lot), is a player of files extrapolated from the videogames known to date, categorized by year of production, length, tracks (in multilevel games ), but above all with the names of the composers. An exceptional thing, I LOVE it.

Having said that, I leave you some traces of these absolute musical GENES, which I hope will cheer you up. I still listen to their music on my mp3 player, which although obsolete, old and square, are among the most beautiful I have ever heard.

I could mention many many others, but I leave you the task of discovering all the soundtracks, the composers of your childhood games who have you and made us dream and excite. I, still today, listen to these music with goosebumps. So I leave you to download the games mentioned above, should you want to replay them to try the same emotions again.

And don’t forget to join our Facebook group … bye 🙂