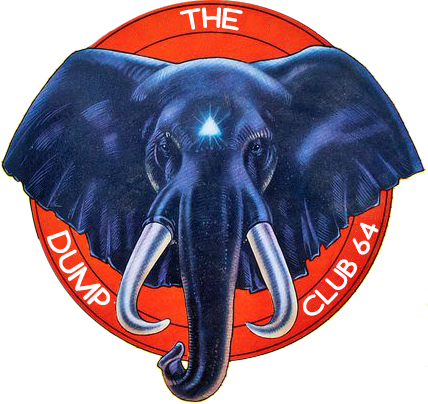 The Commodore 64 was first world premiered on June 6, 1982 in the United States and marketed a couple of months later. During this commercial life, a considerable amount of software was developed for this glorious machine.

Taking as reference the most authoritative attempt of cataloging, the gamebase64 (http://www.gamebase64.com), only as regards the games we can count over 27000 titles. If we wanted to add all the applications to this figure without a shadow of a doubt, we would easily exceed the threshold of 30,000 titles.

Among these titles 1% was released on cartridge while the remaining 99% was distributed on tape or magnetic media. We are obviously talking about official material. If instead we wanted to consider the scope of magnetic media and unofficial tapes to date, through cataloging DAT files, the sum would reach the figure of over 150,000 files for a total of almost 100 Gigabytes of information.

Worldwide, it is estimated that, among the various models, about 22 million Commodore machines have been sold and, although probably if you still have one in the attic or in the cellar, the latter will presumably still be functional, after more than 30 years the unfortunately, your tapes and floppy disks have a good chance of no longer being readable.

As we mentioned together with the tapes, the main software distribution format for the Commodore 64 was the 5 and ¼ inch floppy disks. The magnetized plastic disk always resided in their soft plastic case.

The binary data of the game or application were stored through the system of the opposite polarity: a polarity for the one (1) and a polarity for the zero (0). For this reason, the floppy disks had to be kept away from magnetic sources that could have degaussed them with the unrecoverable loss of the data contained.

Unfortunately, the magnetic properties of a disc fade over time, the signals become weak and their reading inevitably becomes more difficult. Over time, therefore, the reading is inconsistent until the data can no longer be recovered if not partially and with very expensive hardware equipment: once this point of no return has been passed, the decay ends with the complete loss of the data.

All this happens when the bit cells, which slowly lose their polarity and their flow transitions, are no longer detected or detected incorrectly. This phenomenon called Bitrot can be caused either by environmental, natural origins or simply by the magnetic corrosion of the support material.

Some estimates indicate that the lifespan of floppy disks is between 10 and 30 years although in reality nobody knows exactly how long the floppy disks can last. There is no deadline: among the many variables there are the quality of the support, the use, the method of conservation, the environmental factors, the sudden changes in temperature and humidity, molds and finally the deterioration of the support itself.

All these factors can contribute to irremediably delivering the data contained in the disks to a fatal destiny. They certainly weren’t designed to last that long, and I think no one at the time had considered the idea that they were still being used after over 30 years.

In the practice of those who transfer diskettes (dumping) many floppies still can be read but the safety margin is still widely exceeded and it is clear that there is no longer much time to postpone their preservation: everyone should transfer their floppy disk data as soon as possible.

The decay of the supports, the Earth’s magnetic field and environmental conditions are not the only threats that afflict this large mass of data: many diskettes are thrown or destroyed without recognizing in all respects a cultural, artistic or intellectual value among human works. If you think about it every book, publication, music record, film and artistic work is, as it should be, archived by national bookstores all over the world while this same thing does not happen for the software for which nobody seems to worry about preserving it from disappearance and pass it on to future generations.

Everything is entrusted to the work of a few fans who around the world do their best to preserve and protect. In addition to cultural indifference, speculation also often becomes an obstacle to this safeguard work. Diskettes tend to become less common and there is always someone who, trying to make an exaggerated profit, makes preservation work extremely expensive and impractical.

Then we have the problem of collectors who without foresight compulsively accumulate huge quantities of material without transferring it and without sharing it. It goes without saying that this does not only concern the sphere of generosity towards others which unfortunately some people seem to lack, but above all share and expanded file backup against possible data loss or hardware malfunctions.

Without forgetting that a disk not transferred and stacked like a trophy on a shelf in a few years will become illegible and unusable losing all its data and its economic value and thus not being able to be restored afterwards due to the absence of a transferred backup copy.

A distinctive speech must be made regarding the preservation of the original and pirated software: the original software needs more care and attention as it is much less widespread, difficult to find and above all difficult to transfer compared to the pirated one.

It contains protections, digital signatures, graphics and original hiscores, usually containing the names of the programmers, which very often in pirated copies are totally altered if not completely eliminated.

On the other hand, however, even pirated copies have their dignity as they collect the ingenuity of the other side of the coin: hacking. We can find the elegance of unlocking a protection with cracking, or the intro of a pirate distributor, the cheats to make the game easier, often decisive in those games that, due to some bugs, cannot be played entirely , not to mention the alternative loading screens, the demos, the improvements to the game if not the level expansions.

In short, it is right to preserve every single disk that is original or pirated because it is a piece of history that, in addition to the individual data, also preserves a historical and cultural context that deserves to be saved and passed on to all who will come.

The Dump Club 64 is an Italian initiative, mainly dedicated to the Commodore 64, and made up of a group of retrocomputing enthusiasts who have precisely this aim: to store, catalog and share the software of the old magnetic media and tapes for free on files Commodore 64.

As we have already written, time, oblivion and the Earth’s magnetic field are the main reasons why many programs and games are now likely to disappear forever from our memory: we hope with our modest work to be able to safeguard as much material as possible, considering it a small heritage of historical and cultural value. Our mission therefore is to preserve all the software, possibly even the much less widely used Italian one, by attaching the original manuals or time sheets.

We do our job because we believe it is useful to do it and, as we wrote earlier, it would have no value if it were not shared with others: for this reason all the software we transfer is entirely shared with the community of retrocomputing enthusiasts and with anyone else want to use it.

Our site is (www.dumpclub64.it) and in addition to file sharing, it does not disdain reviews of games and magazines of the time dedicated to the legendary home computer. On our web page, 8 sessions are ready, full of easily downloadable programs and utilities. If you want to contribute and send us something, go to the upload section and send your files: everything is very welcome and since there is so much work, anyone who wants to collaborate with us is very welcome.